Write whatever you normally write about, and weave in a book quote, film quote, or song lyric that’s been sticking with you this week.

My momma raised me to hold one very important life believe, and it is one of my favorite quotes:

Don’t ever underestimate the power of gratitude!

The second is one that is slightly more difficult, but equally important: 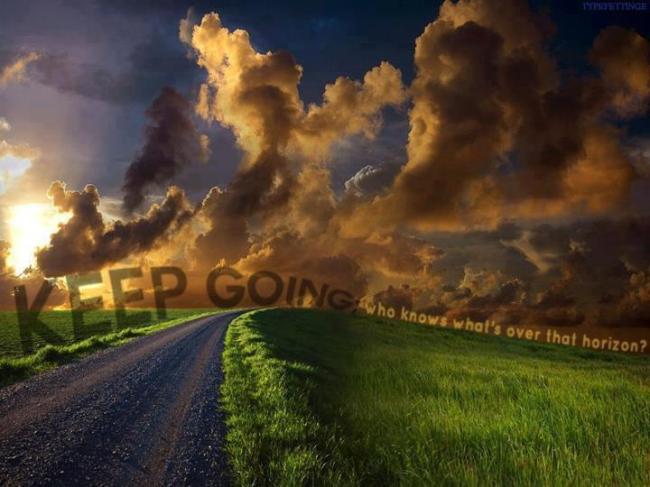 Finally, there are two songs I listen to at least once every day.  Unfortunately I am on the free WordPress, so I can’t upload media other than photo’s, so here are the YouTube links.  Enjoy!!!

Here is what other’s had to say:

Describe a memory or encounter in which you considered your faith, religion, spirituality — or lack of — for the first time.

Faith is not a light switch. You can not turn it on or off. Either you have it or you don’t.

Since I can remember I have had my faith in God. True, I am only human and sometimes my faith is weaker than at other times, but it is always there. It is that little thing which makes you realize that somehow things will be OK.

I will share two occasions with you which I clearly remember. These occasions differ slightly: On the first one despair won the battle and I gave up on faith. In the second, I relied on my faith to get me through. Both of these set my faith in stone and I know why I believe. Save for one or two people in my family, I have never told anyone, but I feel compelled to share it today.

1992 in a small Free State town.
I had had enough. I was 15 and knew nothing other than the fact that it had to stop. At around 3 in the morning I got up, fetched the gun from the safe and loaded the bullets. The commando training, which he insisted on, finally had a purpose. Safety off. Ready to fire. I held the 9mm Parabellum to his head as he was snoring away in a drunken stupor. I pulled the trigger, nothing. I checked everything, it was all systems go. I pulled the trigger a second time. Nothing. I clearly heard a male voice telling me to stop. It gave me such a fright, I almost dropped the gun. I pulled the trigger a third time. “STOP!!!” the voice boomed in my ear. The gun turned smoldering hot in my hand. I knew it was time to stop.

1999 in Melville Johannesburg
I had just moved into the cottage; it was my first night there and the next day I was to start a new job. Somewhere during the night I woke up because I couldn’t breathe. Someone was sitting on me, choking me. I fought back and struggled to free myself, but he was too strong. There was nothing I could do. I could only make out the edges of his shadow while the long boney fingers dug deeper into my throat. I needed a rescue and shouted in my mind “God please help me!”. An instant later the room lit up and a being, an angel, appeared. He was tall enough for his head and shoulders to stick through the roof. He grabbed the being that was sitting on me by the neck and pulled him off. The creature uttered a blood curdling shriek and then they were gone. I sat up and thought to myself: that was one hectic dream. The next morning and for six days thereafter I was reminded that it was not a dream: the bruises on my neck remained where his fingers had touched me.

I have used this quote many times on my blog, but it is true:

Faith and fear both requires us to believe in something we can not see. Faith will give you a reason to go on. Fear will such the life right out of you. Which do you choose?

Stat Counter: You are visitor number

I am a free spirit born in the Free State, 20 years to late. I am Ying and Yang. I am the girl next door who prefers daisies and peace rallies, but can just as easily rock at a rally. I love all things Latin and am sure that in my previous life (if that existed) I was Spanish. The dark side of me, however, tells me that I lived in Mother Russia. I am an over thinker par excellence , in constant search of answers to all things that makes us human. What we do and, more importantly, why we do it. I hope you enjoy my rambles and would love to hear from you. If you like it here, please come back, comment and share. If not, let me not waste another second of your time. All I ask is that you respect my space, be constructive and leave negativity at the door. There is enough of that in this world we live in and yes, in my head too sometimes. Not everything here will be liked or agreed with. Some of it will be downright rude, crazy and straight forward. Not everyone will like me and what goes on in my head, but this is my life and my space. Enjoy the ride

BY GRACE THROUGH FAITH

The Girl With The Scorpion Tattoo

Just when the caterpillar thought the world was over, she became a Butterfly!

Attitude is the difference between an ordeal and an adventure

A daily selection of the best content published on WordPress, collected for you by humans who love to read.

The latest news on WordPress.com and the WordPress community.

A Potpourri of my Ramblings, Poems and More…

a cooking pot and twisted tales

Thoughts and Tales...A Lifestyle Blog with a Zing.

Mistress of the Macabre, Siren of Sci Fi and Femme Fatale of Fantasy

Welcome to the Feline World of Nera, Tabby and Fluffy

My Life as Jan

Glimpses of the Divine in the Mundane